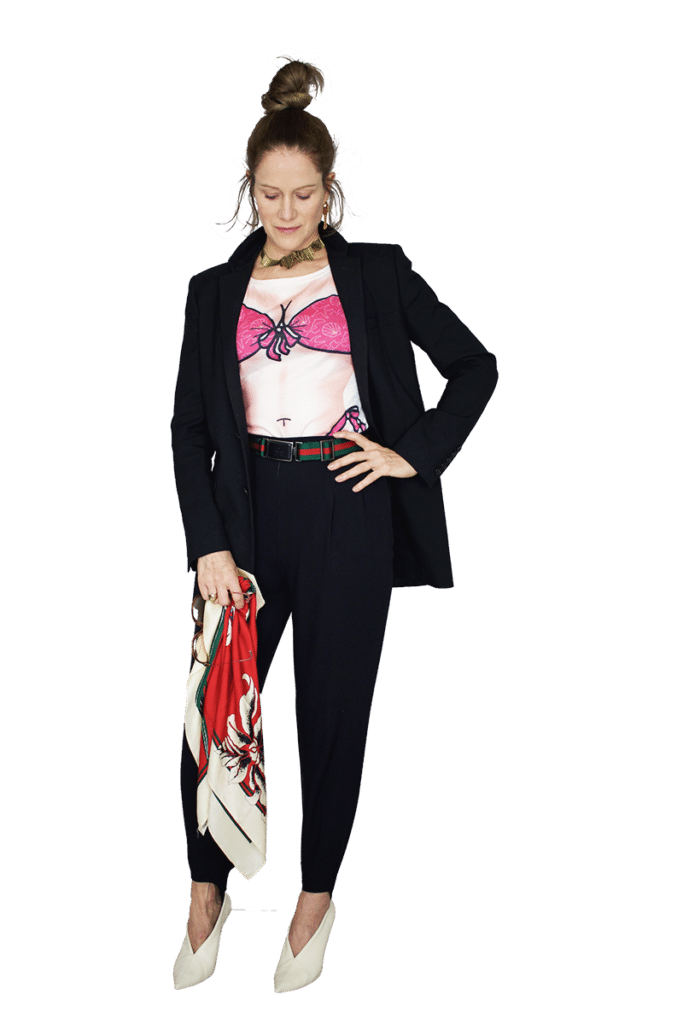 Pamela knew very young that hair was her calling. In London, she apprenticed at the prestigious Raymond Salons, a group founded by the great hair pioneer, Raymond ‘Teasie- Weasie” Besson. There, strict training instilled in Pamela a discipline towards her practice that remains strong to this day.

Pamela’s burning ambition to own and operate her own business came to fruition at the age of 25 when she moved to Toronto and opened Head By Wiggy. From the private salon, housed in an Edwardian building, Pamela also ran an art gallery from the second floor to show the work of local painters and sculptors, fostering many prosperous subsequent art careers. Pamela’s staff of 7 remained loyal throughout the 12 years of her ownership and together, they became known for their cutting-edge yet exacting work. The group also conducted platform work and seminars for other hairdressers and ran an apprenticeship program of their own to teach young hairdressers, many of who have become successful salon owners themselves.

Pamela expanded the salon to a second location in New York for a small and exclusive clientele. Outside of the salon, Pamela took on special projects in film and photography, creating iconic hair and also make-up looks early on for artists such as Bjork, David Bowie, Marilyn Manson and Tricky.

At the height of the salon’s prestigious run, Pamela decided to close the shop and take some time to give back. She spent a year working for an NGO in Mexico teaching a special effects makeup and hair course for inner-city theater students, and learning Spanish.

Pamela relocated to Los Angeles where she presently resides, spending her time equally between art projects, music video, print and salon work. Keeping true to her instinct, Pamela always brings the highest standards of excellence and creativity with her to every client, whether the look is theatrical or natural.